Why are special types of fire extinguishers needed in various settings to control fires?

They can be combined, most commonly as an ABC dry chemical fire extinguisher.

However, there are areas where only a specific rating is acceptable. This would be the case for K rated wet chemical fire extinguishers used in conjunction with wet chemical automatic extinguishing systems.

Sensitive electrical equipment such as computers and servers are often protected by Halon Alternative Clean Agents. They extinguish the fire with a mist that does not leave residue that would be difficult to remove and could damage the equipment.

NFPA 10 also details the amount of agent needed to adequately fight the different types of fires. This is necessary in order to know how many extinguishers of each type are needed in the building.

DISCLAIMER: This information reflects the interpretation of MSO, Inc. with regard to NFPA Standards and Codes. It does not represent NFPA’s official position on the items discussed. 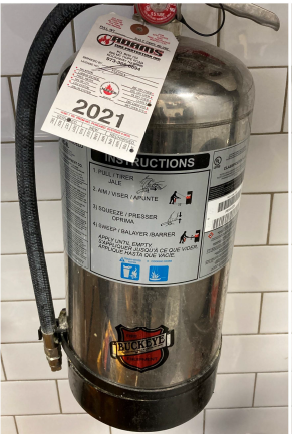