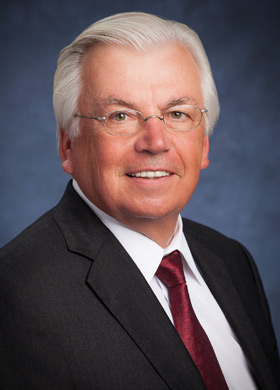 Chairman of the Board
Partner, G&G Underwriters, LLC

Mr. Gage has been affiliated with G&G Underwriters, LLC and its predecessors since 1997.  He is currently a Partner in the  organization. Mr. Gage spent 21 years with ISO and its predecessors in six different office locations, covering 15 different states, plus another 10 years with a primary insurer with direct responsibility for product development.  His other areas of expertise include marketing, government relations, agency management, and regulatory compliance.  Mr. Gage was also General Manager of the Minnesota Fair Plan for three years.

Mr. Gage has a BSFPE in Engineering from the University of Maryland. He earned the Chartered Property Casualty Underwriter (CPCU) designation in 1975, and is a past president of the Central Jersey Chapter of CPCU. Mr. Gage served in the United States Army, including a tour of duty in Vietnam.

He has served on numerous industry advisory committees, including the NJ DOBI Oversight Committee of Industry Task Force advising the Department of methods of dealing with the windstorm catastrophe potential in the state, Director and Treasurer of the New Jersey Insurance News Service for five years, as well as committees for Insurance Services Office (ISO) and the Alliance of American Insurers (AAI). His professional memberships include the Society of Fire Protection Engineers and the Society of CPCU.

Mr. Gage is Chairman of the Board and serves on the Nominating & Governance Committee and the Executive Committee.